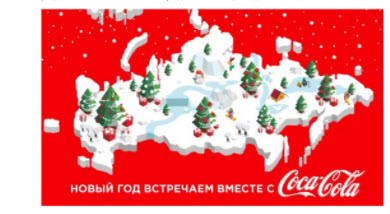 Social media is now the where most businesses are able to directly interact with their customers, thanks the billions of users from all walks of life that frequent it. It’s no surprise that social media has successfully revolutionized how businesses present their brand and market their products.

Despite the many successes that different companies have achieved through these platforms, there are social media fails that are just so bad that they now serve as a cautionary tales to other businesses. Here are some that every owner should be wary of.

To a certain degree, stereotypes will have to play a part in any marketing campaign. That’s why we profile our customers and we target our efforts to them. However, in a generation where “unique” is the most celebrated trend, you have to be careful with the campaigns your run social media that has to do with traditional stereotypes. For example, stay away from explicitly saying that all women want to accessorize or all women are slaves to chivalry because it’s a polarizing belief that can leave those who believe the opposite to greatly damage your brand.

This was the pitfall for many fashion brands in the last few years, included Vera Bradley, which ended up being labeled as backward and stuck in the past when they launched their #itsgoodtobeagirl campaign.  Unfortunately, some of the responses they got were seen as too retro and not in touch with the modern woman.

This search engine generation, which means anything you put out there can be fact checked. If you’re going to claim that you’re the best in the industry or post about some statistics that support your marketing goals, make sure you have the information and research to back it up. Your choice of models, slang, and even photos can make all the difference. Do not fall into the mistake that Coca-Cola did when they posted an ad with a map of Russia.  Unfortunately, the map didn’t include Crimea, making it a hot button for both Russia and Ukraine.

If it does not sit well with you, there’s probably something wrong with it. Granted, there are some campaigns where being offensive is the goal. Usually, there’s some moral involved there, but if you’re being offensive out of not knowing the issues, that’s a problem. This is what Thailand-based skin line Seoul Secret had to learn the hard way when they covered a girl in black skin and compared her to an image of herself with white skin.

Have you ever made a mistake on social media?  Tell us your story in the comments below!